Mentoring Accomplished Artists
Not sure if you’re an accomplished artist? Find your stage here.

I was born in Rochester, Minnesota in 1952. I was exposed to museums and fine art at an early age. My mother bought a fine 19th century English landscape painting and hung it above our mantelpiece. I looked up at it and thought “that’s just the coolest thing in the world, when I grow up I want to do that!” As a schoolboy I drew all day long hidden behind my books in the back row of the classroom. I drew cartoons and Big Daddy Ed Roth custom cars, jet planes, and misshapen nudes with juvenile anatomical misconceptions. I made thousands of little drawings at my desk.

I knew I wanted to become a professional artist when I grew up. I had seen a watercolor painter I admired, Russell Norberg (1933-2022) making a living doing outdoor art shows, which were big in the 1960s.

So, I signed for an outdoor art show, run by the local art center. I showed India ink drawings on cotton colored with a batik process.

I had wizards under toadstools, and colorful hippies in the style of Alphonse Mucha, it was the 60s after all. I wrapped them in saran wrap on cardboard that came in my fathers shirts from the dry cleaners. I hung them on the twelve feet of red wooden snow fencing allotted me, and they sold quite handily. At the end of the weekend event I had nearly four hundred dollars in the pockets of my bell bottoms. That was a lot of money in those days, people were working in factories for a hundred dollars a week. I was 16 years old. That event set my determination to be a full-time artist.

In 1970 I entered the Minneapolis College of Art and Design. The first day of school we filled our classroom with inflated garbage bags. I wanted to paint like the old masters!  After a year I wasn’t any closer to my goal. I hoped to be independent and never have to punch a clock for Mr. Charlie. The working week seemed too much like the thousand of hours of forced attendance I had endured in high school. I had no interest in becoming an art teacher either. 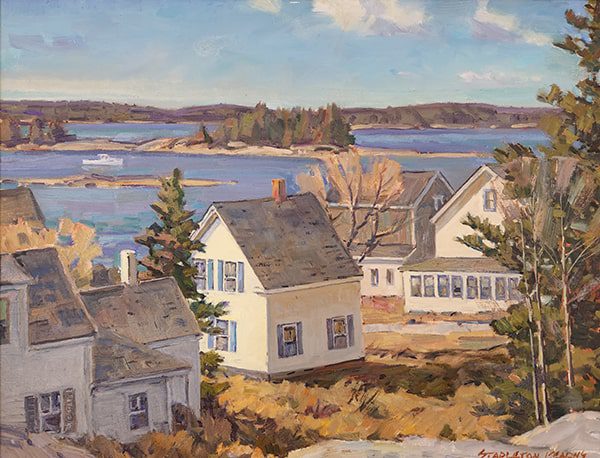 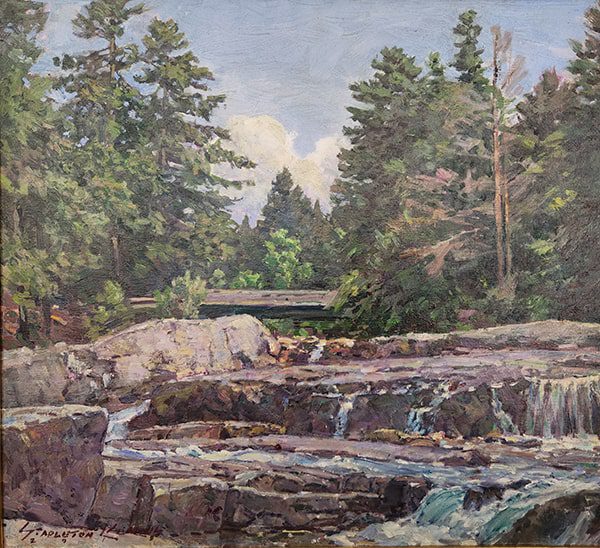 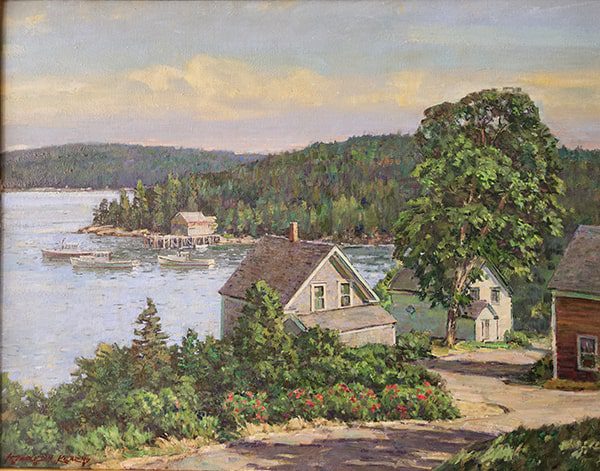 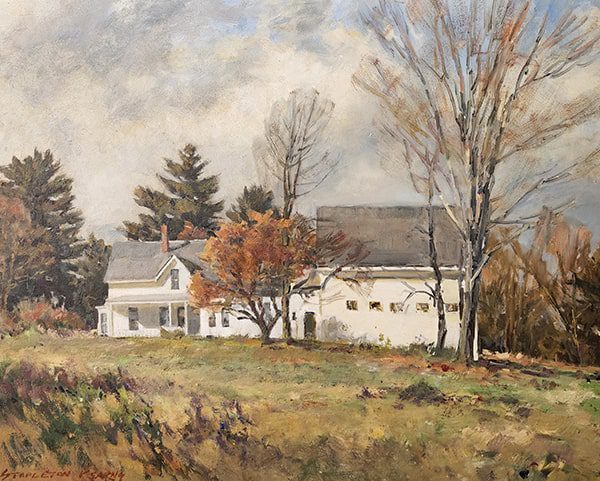 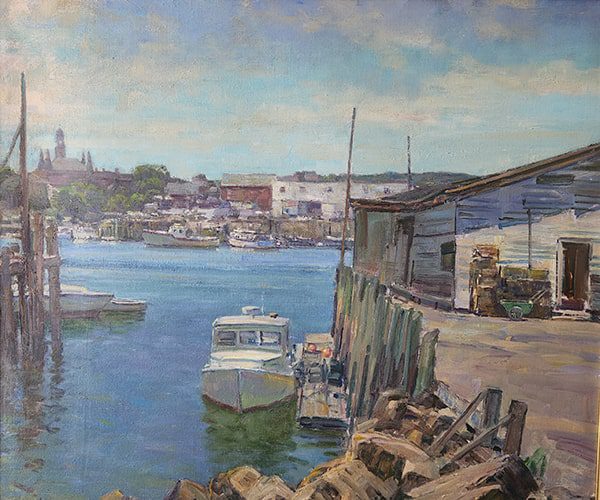 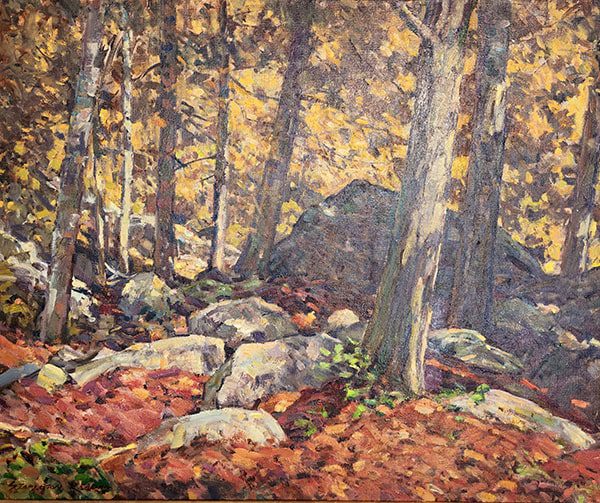 Supplies and tools – what to use, where to save, and where to spend

Running Your Business the Day-to-Day 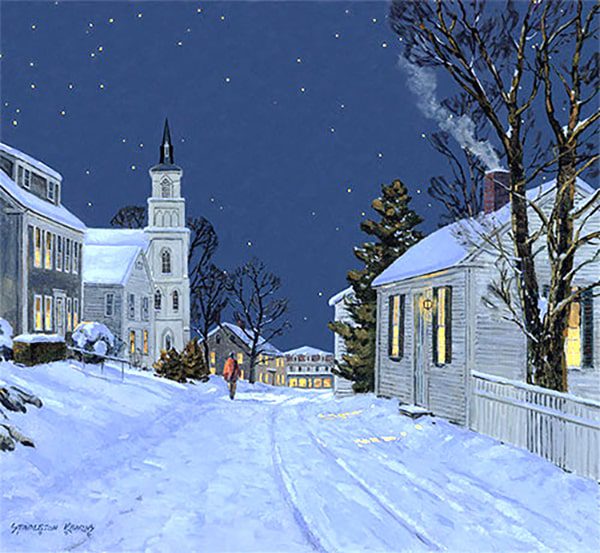 I attended the University of Minnesota, for another year, but I wasn’t getting the kind of training I wanted there either. I wanted a classical, more skills driven approach, so I studied next with R. H. Ives Gammell (1893-1981). Mr. Gammell ran an atelier in the Fenway Studios in Boston, Massachusetts where he tried to pass on his own impressionist training received just after the First World War. He was a legendarily tough taskmaster and I learned a lot from him. I drew from the cast, copied old master drawings, and drew from the figure for three hours every morning under his tutelage. He charged his tiny little group of students nothing, and his instruction was not accredited by any school and gave no degree save competence.  I also studied with Robert Douglas Hunter (1928-2014), a former Gammell student, but my fathers’ age. Hunter served as my mentor when I was in my twenties. He was a pro and let me tag along behind him, explaining what he was doing and why. Being able to follow a successful professional working artist around in my early twenties was a great help to me.  It was like an apprenticeship. I shall forever be grateful, and I have tried to pass his help on to others over the years.

After studying in Boston with Gammell, I returned to Minnesota as I had only “gone East” for school. I soon realized I needed to be on the East coast to have my career, and in 1983 I returned to Boston. I was thirty, and went to see my mentor, Robert Douglas Hunter again. He thought about my situation for a while and then suggested that I move to Rockport, Massachusetts, New England’s famed art colony. Rockport had been known for a century as a haven for landscape painters. There I opened a tiny gallery on Bearskin Neck, an unbelievably quaint little street along the harbor with ancient shops used by generations of artists. I starved a little more  at first, (I was 6’4” and weighed 152 pounds) but my art began to sell. My shop was about the size of a pool table, and I made 8” by 10” paintings and put them in tiny frames. The pictures were very inexpensive, I made one a day and I shoveled them out the door.

I worked part-time in the mornings as the janitor of the Rockport Art Association, that summer the gallery made enough money for me to quit that job. I have never had employment since. After two years I rented a larger space, and raised my prices a little bit.  Several years later I was elected a member of the art association, and in the years that followed I served on its board, and then many years later, as its president. I am still involved with the Rockport Art Association and Museum today.

After years of running galleries in Rockport I moved to New Hampshire and then showed my work in commercial galleries all over the country. Sometimes I was very successful, other times I could barely pay my mortgage. I did manage to put two children through private school on my income from painting though. In 2020 I returned to Cape Ann and have again opened a gallery in Rockport.

I was elected to the Guild of Boston Artists in the nineties, and served for many years on its’ governing board while exhibiting my paintings in the Guilds’ gallery on Newbury Street in Boston. I have now owned several art galleries in Rockport and shown in various commercial galleries for forty years. I also have written an extensive blog (stapletonkearns@blogspot.com), show catalogues and magazine articles.  I have written and lectured about painting and the history of New England Art. I have taught painting workshops and done painting demonstrations for art organizations, and run a winter snow painting workshop in the White Mountains of New Hampshire every year for a decade. I also helped organize the Jeffersonville Winter Rendezvous, a gathering of about forty artists who meet up annually to paint outside in northern Vermont. I have taught workshops around the U.S. and in Wales, and have painted in Italy, France, England, Wales and Russia.

A traditional landscape painter, I have worked in a New England style of impressionism for my entire career, painting thousands of landscapes and selling a whole lot of them.

I routinely work outside year-round, but I also work on my paintings in the studio, so I don’t think of myself as a plein air painter. Outside I seek information, inside I add art. I try to paint things simply, powerfully, and poetically. I would like my paintings to look remembered rather than actually seen. Art is perpetually fascinating for me and I have chased it for a lifetime. I have been blessed to be able paint fulltime and make a decent living at it.

I currently live and work in Gloucester, Massachusetts and run the Stapleton Kearns gallery at 59 Main Street, in Rockport.