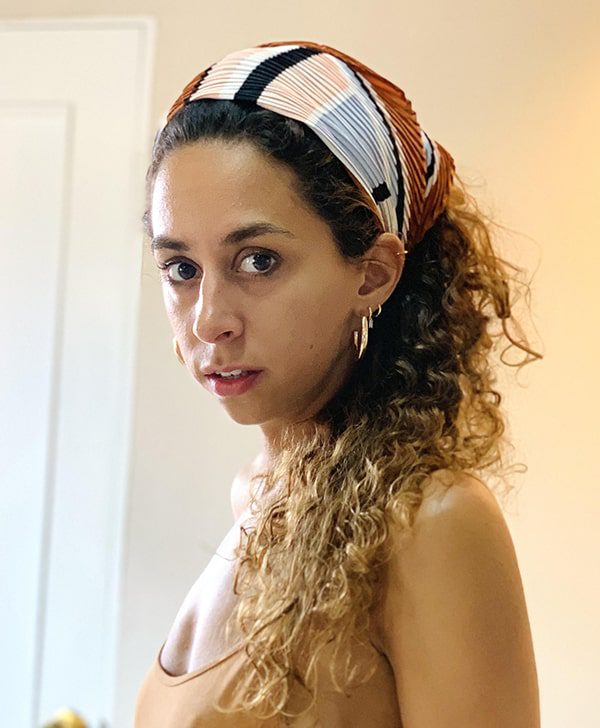 Oil
In my works I consciously explore the privilege of being able to appreciate and document existence from a painter’s perspective.

Life is ephemeral by nature, starting with the fact that each person’s life is such an unlikely miracle that it is almost impossible.

Therefore, almost like within a state of dreaming or a vague memory, I depict the existence of the woman of my life in an attempt to represent the underrepresented and to visualize the invisible on a canvas that shall live forever.

I am drawn to survey the relationship between construction and deconstruction as an allegory of overcoming traumatic experiences. When I moved back to Spain after living in London for many years I felt I had to start building up my life over again. This situation made me feel extremely vulnerable and unstable, as in a matter of a two hours flight, everything changed. The only thing it didn’t were my closest friends and family. Through an extorted reality, I play with forms in a figurative context to evoke a feeling of change. The background, having a collage-like appearance, interacts with the figure painted hyper-realistically. The figure is well defined and detailed, reflecting the importance this person has to me. I only paint women that I know, therefore, the level of devotion I have for them can be appreciated on the canvas. Painting can be incredibly isolating, but painting the women of my life, helps me to transcend this barrier and enhance my connection with them. 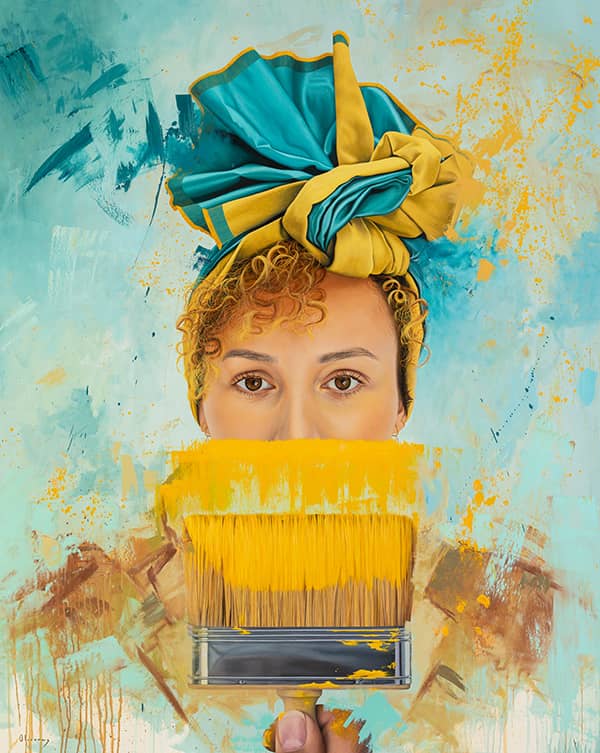 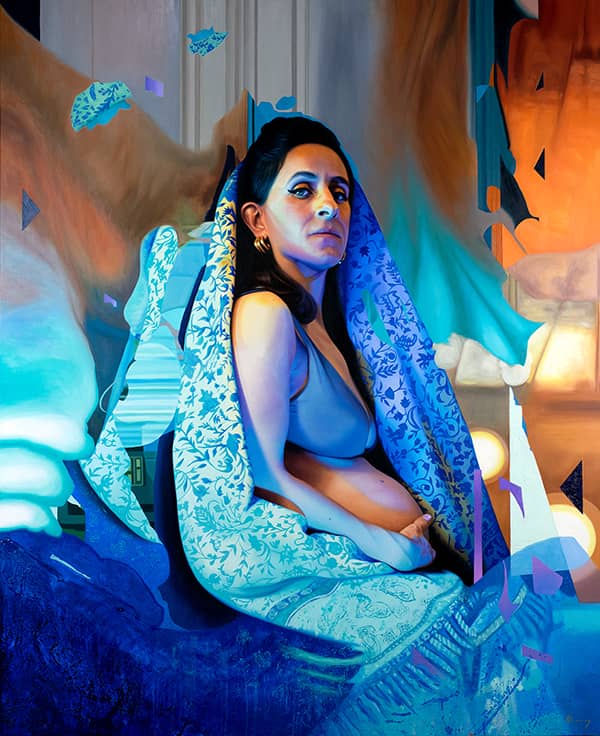 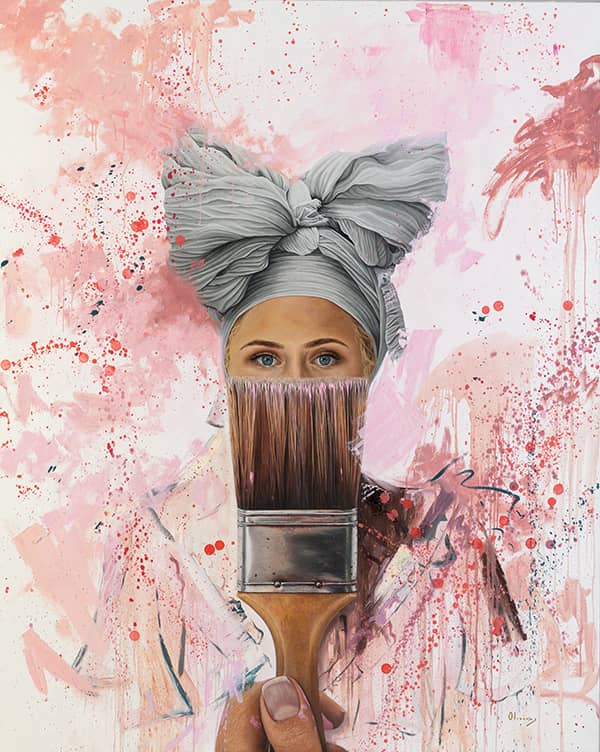 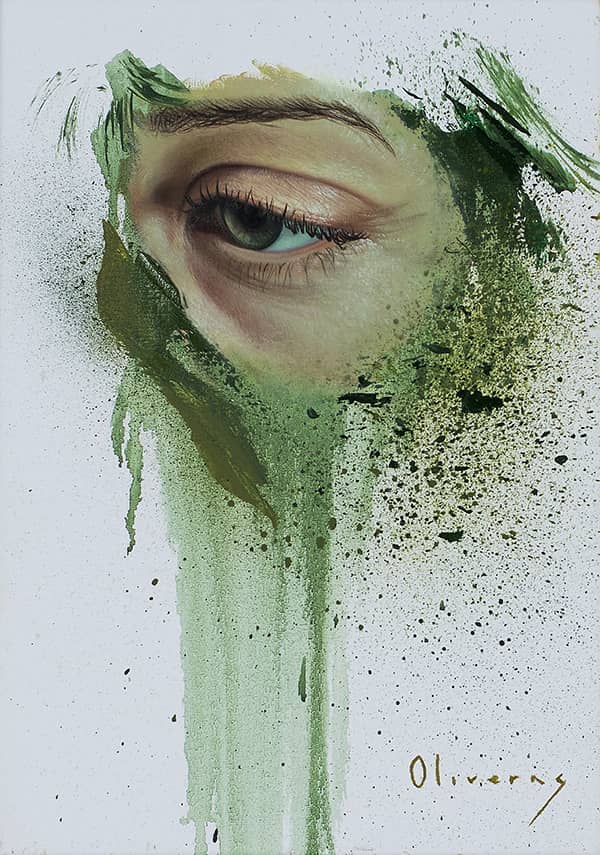 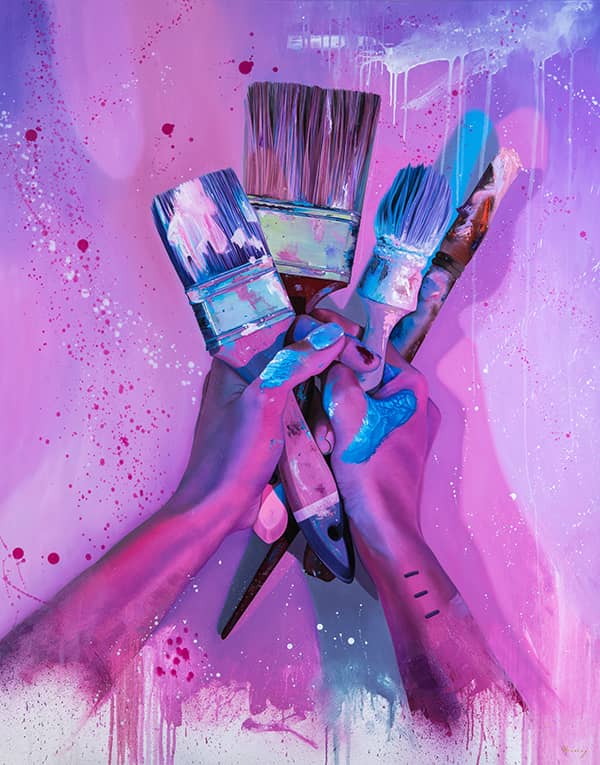 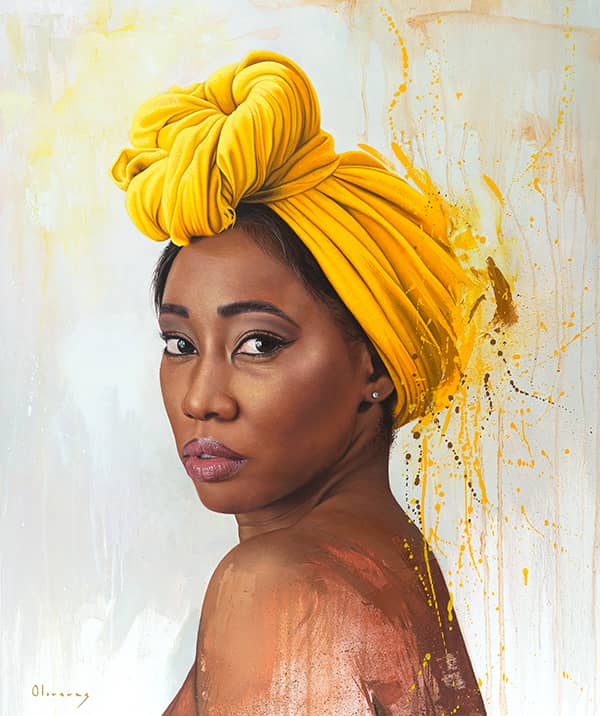 Listed below are this Master’s specialty skills. Join this group if you want to grow your skills in these areas. 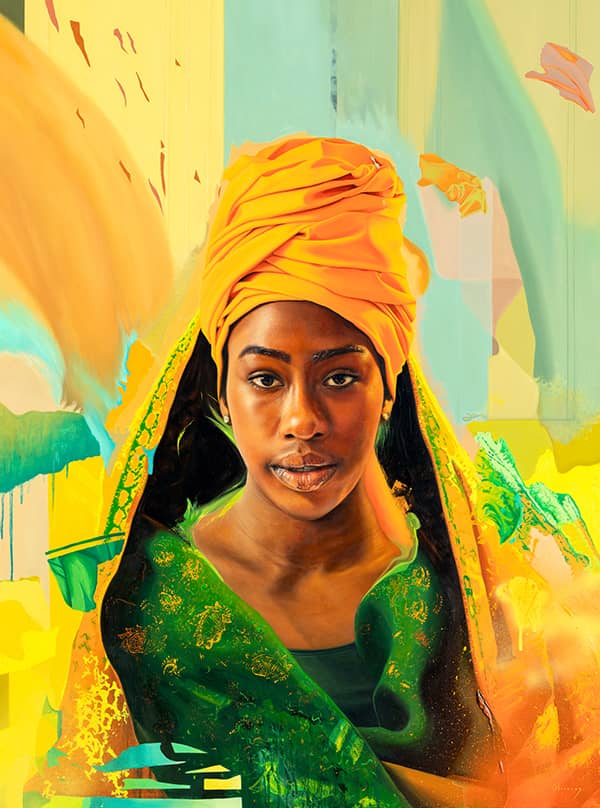 Jessica Oliveras was born in 1991 in a small town near Barcelona, Spain. As her father is a painter and her mother an art books director, she grew up surrounded by paintings and in the company of Artists and Arts Collectors. Her love of Art started at an early age when her father’s paintings became both a reference and a source of artistic inspiration for her.

Jessica went on to develop a passion for romantic painters such as Delacroix, Girodet, and Marià Fortuny. She was particularly drawn to their exotic subjects, the exaggerated emotionalism and drama, and the orientalism which has inspired her own work. Later she became fascinated by the light used by painters such as Turner and Sorolla, having a strong influence on the use of whites in her own paintings.

Jessica currently works and resides in Barcelona, after having lived for eight years in London. 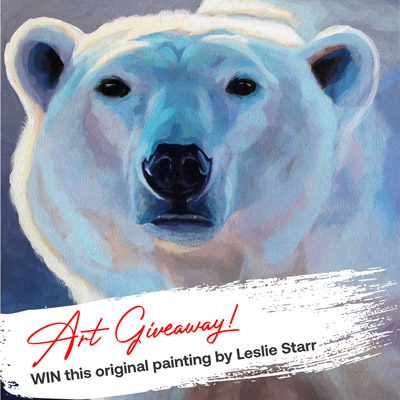