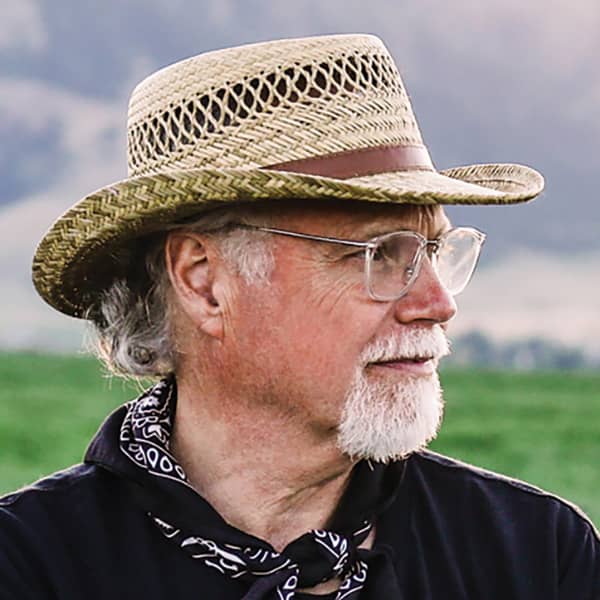 I paint the landscape because I find it endlessly fascinating. I strive to infuse each painting with that fascination.

I paint from a combination of scenes discovered on my journeys through the American West.

I paint from field sketches, color studies, and photographs using palette knives to get maximum texture. My intent is to capture the emotional essence of a scene rather than a literal portrait. The rhythm of line and shape create a visual pathway. The color of light and the quality of the air combine to create color harmony.

The texture of the paint delights the eye on its journey. 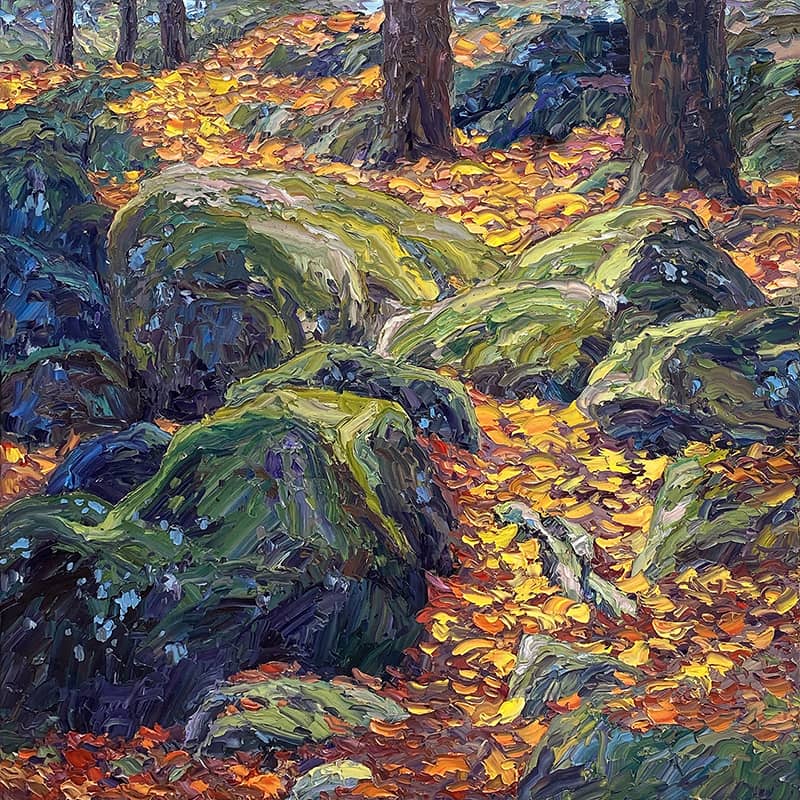 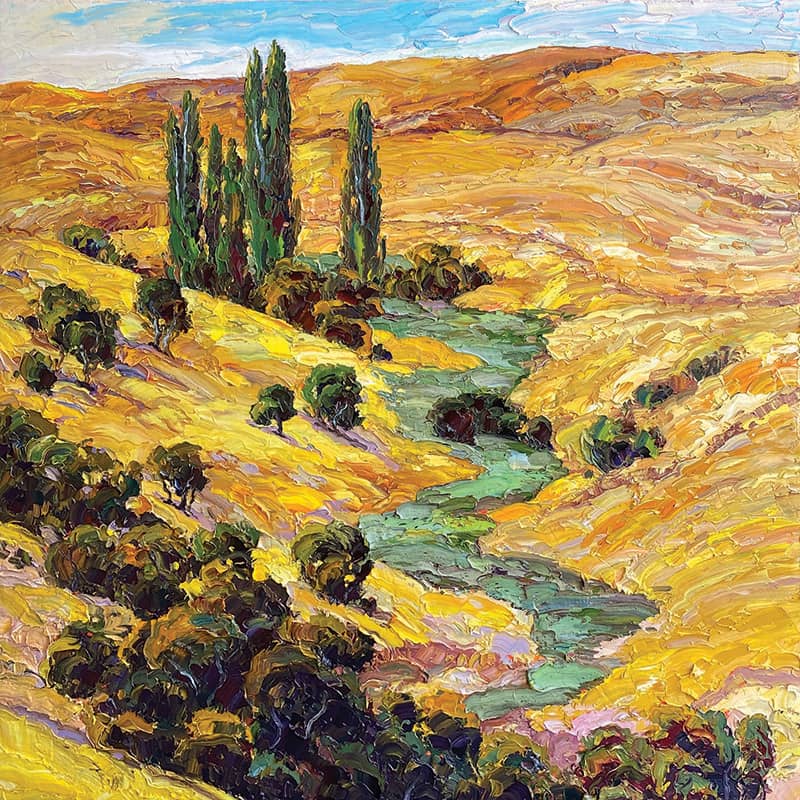 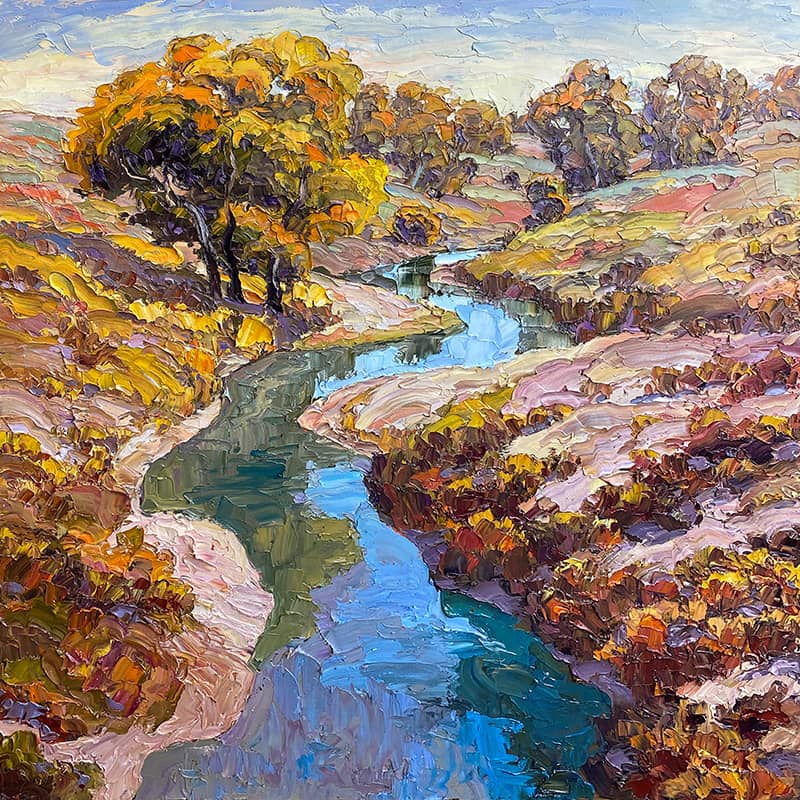 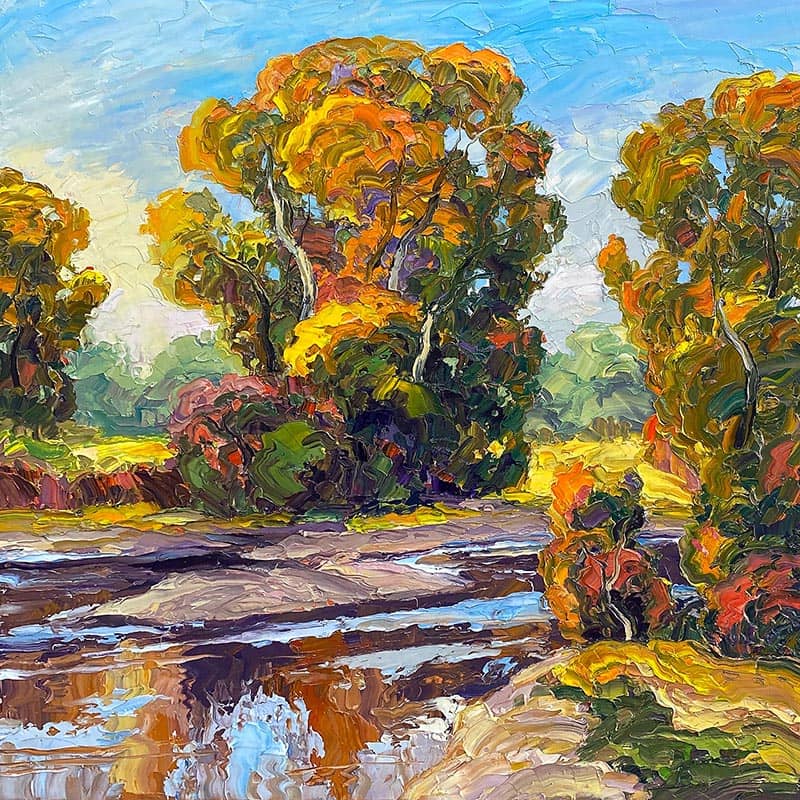 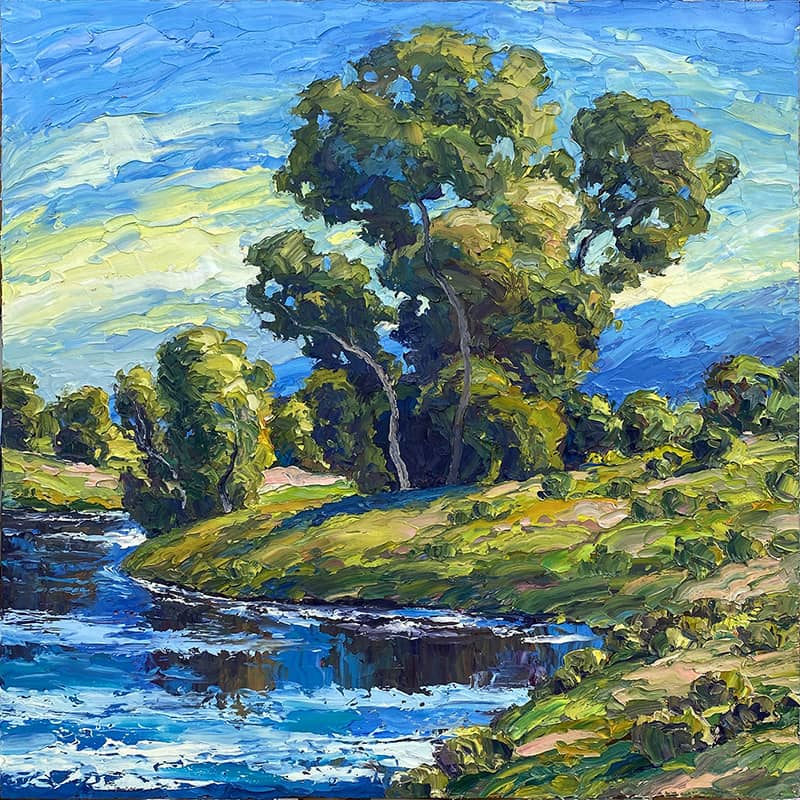 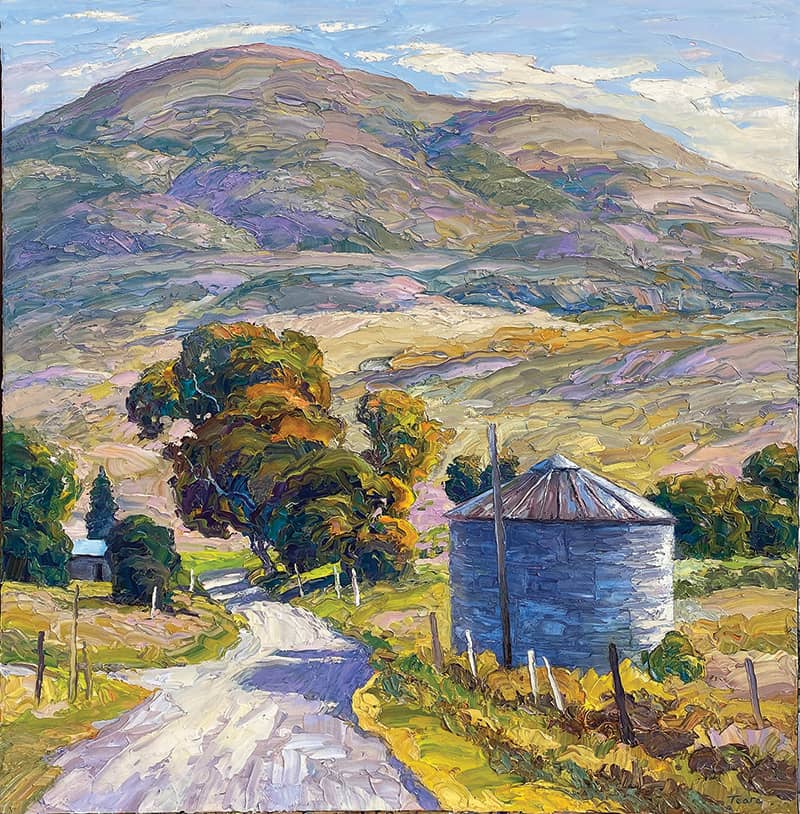 Running your art business the dayto-day 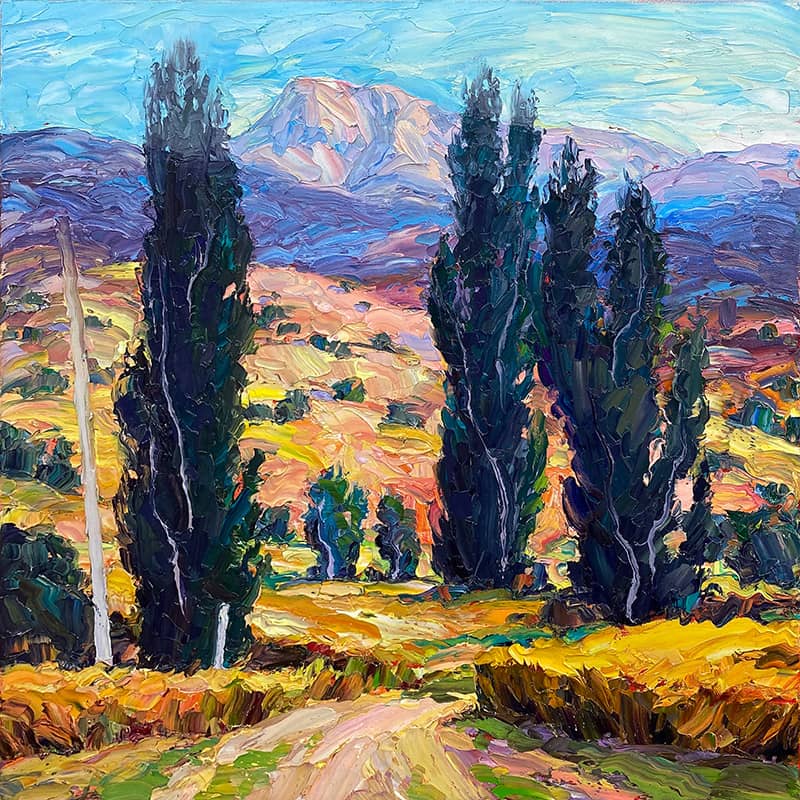 BRAD TEARE was raised in Kansas and moved to Idaho, where he built a log cabin near Moscow Mountain. Later, Teare moved to New York to pursue an illustration career. While there, he discovered his love for thick paint at a Van Gogh exhibit. Surprised at the paintings’ impact, Teare began exploring texture with palette knives. He returned west to pursue landscape painting. Other influences include William Wendt, Birger Sandzén, and Edgar Payne.

Teare prefers to paint from plein air sketches. He then paints larger versions channeling the chaos of the field paintings into his studio work. The process produces surprises impossible to replicate by painting from photos or imagination.

Teare attended the Maynard Dixon artist residency in Mount Carmel, Utah, and the Trinchera Ranch residency in Southern Colorado. Teare exhibited at the Salmagundi Club and The Forbes Galleries in New York City. In 2021 he won an award from the American Impressionist Society. Teare will show at Quest for the West 2022 at the Eiteljorg Museum.