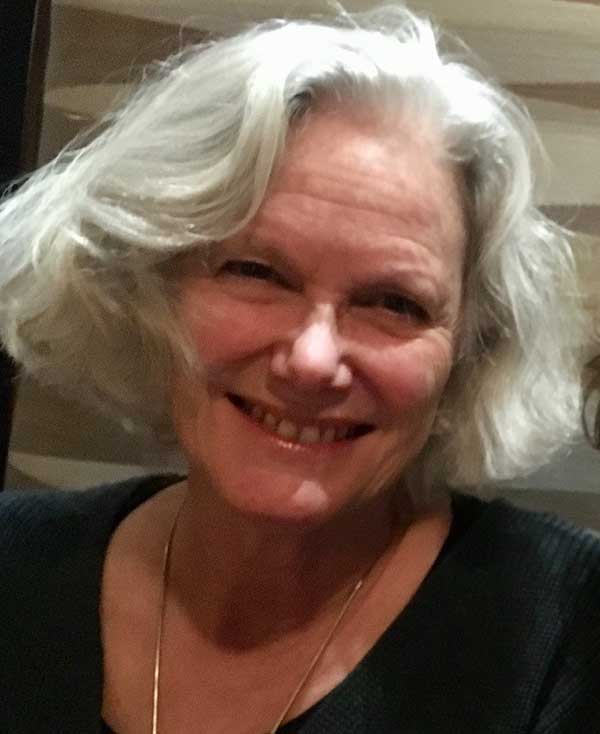 I often say I am a painter rather than an artist.  I love to create pictures that reflect the beauty I see in anything from a lovely pose to a beautiful landscape.  I do not feel I am breaking new ground or creating something never before seen.  But I can get lost in the stroke of a paintbrush or the feel of a pastel on paper.

Art has become for me a synthesis of teaching and painting.  I learn more about painting as I teach and they are equal passions for me. I am drawn to light…that flicker on the shoulder as a figure enters a sunlit space or the way light enters between the trees and then diffuses its color to the surrounding leaves.  Creating a safe space for students to succeed or fail and learn to love the process of creating a painting is as important for me as creating a successful painting. 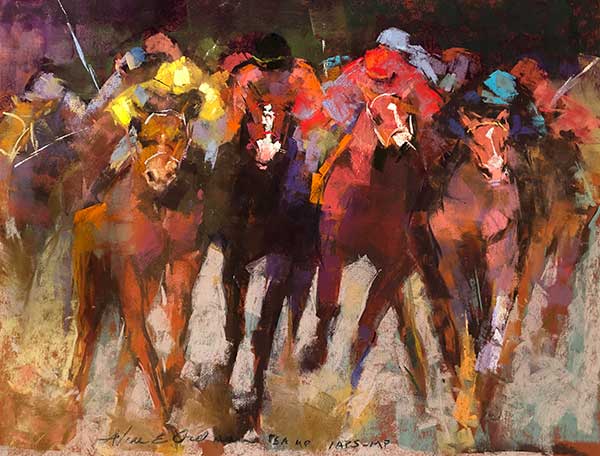 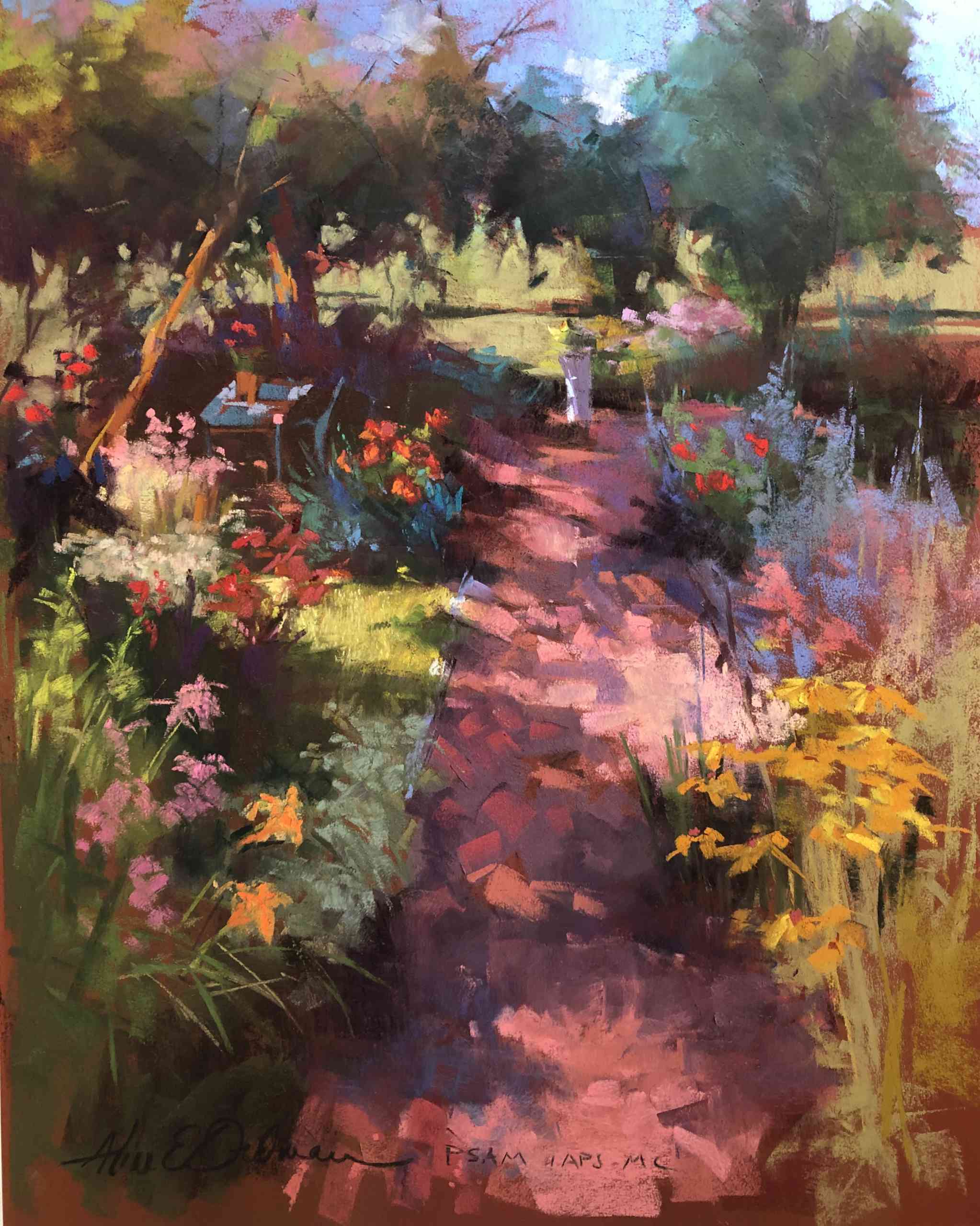 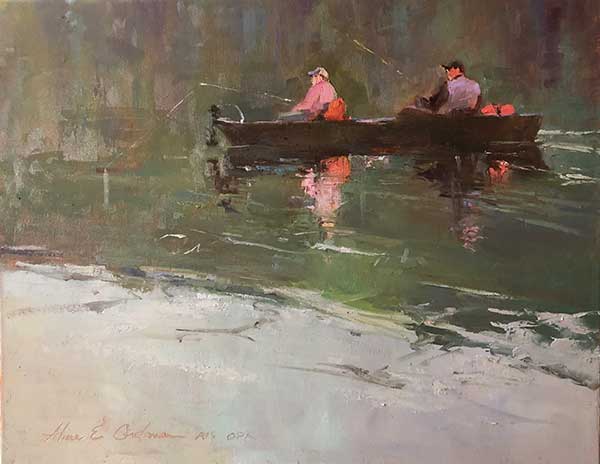 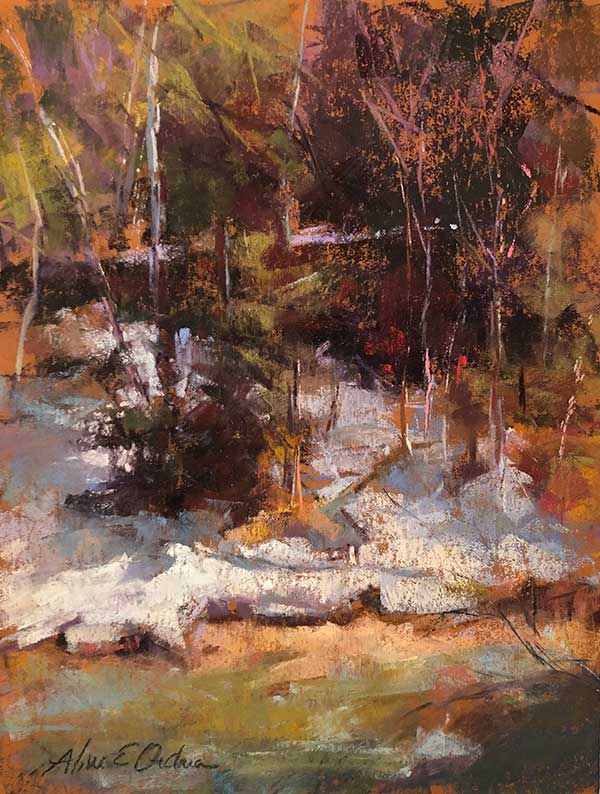 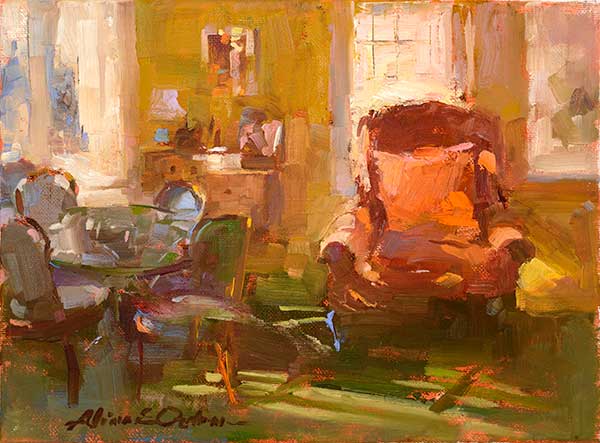 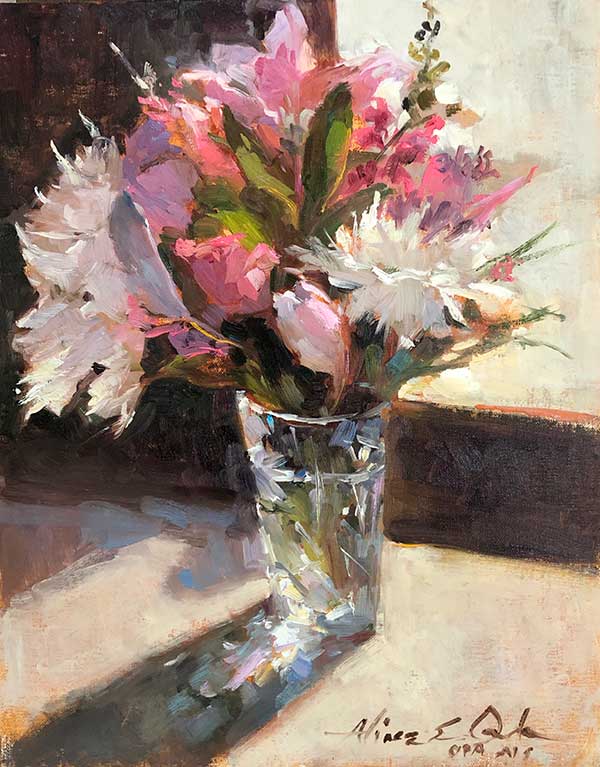 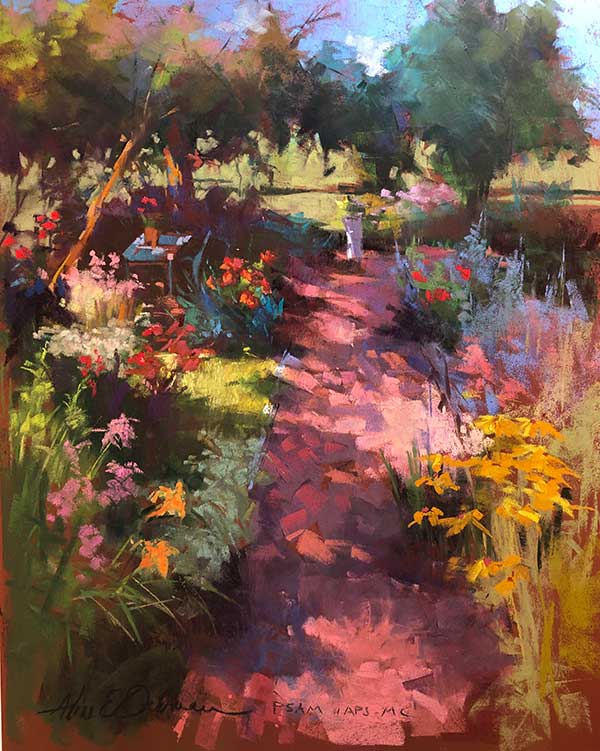 Aline received her BFA at Cornell University, and continued her training at the Academy of Art College in San Francisco, earning a degree in Illustration.

“My goal as an artist is to find those times and places where beauty is not only evident, but startling and suddenly present.”

She was featured in an article in the February issue of the Pastel Journal and she has been honored with awards at the 33rd and 34thand 38th Annual Juried Shows of the Pastel Society of America in New York City.  Aline has won awards several times in the  Top 100 Pastels issues  of the Pastel Journal.   Her work has been accepted innational juried shows of the American Impressionist Society, The Pastel Society of Americaand the Oil Painters of America.  Aline teaches workshops throughout the country and in Europe. She is represented by Camden Falls Gallery in Camden, Maine; Blue Heron Gallery in Wellfleet, MA; Brickhouse Gallery, VT ; Little Gallery in Mackinac, MI .