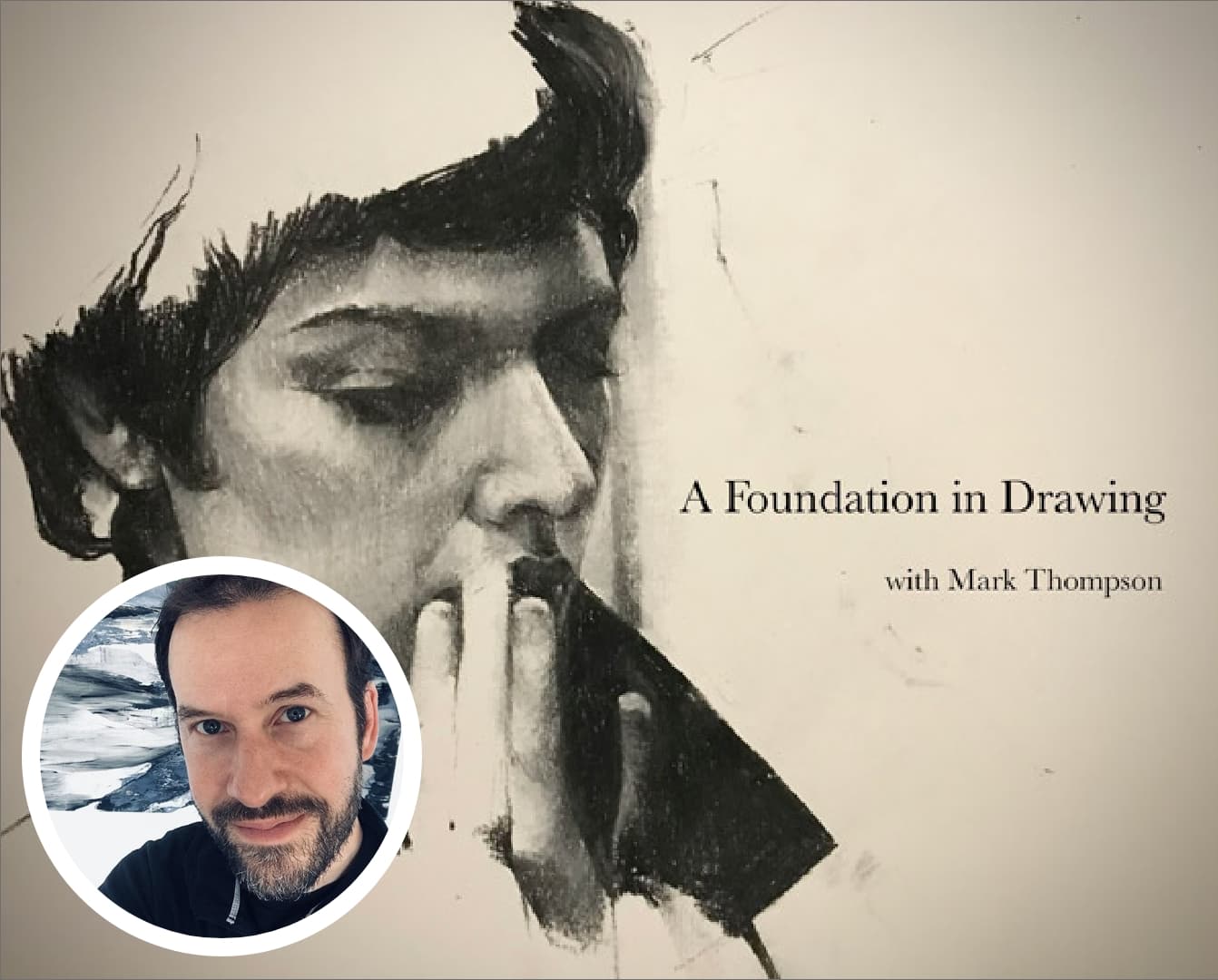 A Foundation in Drawing

This course provides a path to reintegrate strong drawing skills into the heart of your practice.

Not sure what stage you are? Visit our How It Works page for details.

A Foundation in Drawing with Mark Thompson provides a path to reintegrate strong drawing skills into the heart of your practice.

Often, as we progress in our chosen medium, we let our drawing fall away – “I know how do that, now I can move on”.

Through this hands on course, I will refresh your excitement for drawing, and enable you to strengthen the underpinning of your creativity. Each week we will work together on exercises that explore line, value, and form, and how to apply these principles to your continuing artistic practice.

Do you have a willingness to move beyond what you think you see to what you actually see?

Sharpen those pencils, and let’s get to it!

Born in the Fenlands of Eastern England (1972), Mark went on to study painting at the Slade School of Fine Art in London.

His early memories of the land informed his studies, and he continues to explore the inextricable link between landscape and memory in his current body of work.

After completing his degree in 1997, he won first the Duveen and then the Rootstein Hopkins travel scholarships, which took him to Iceland, Norway and Finland.

Mark’s experiences in these harsh Nordic landscapes inspired his first solo exhibition at the Proud Galleries in London (1999).

Since that first show, Mark has been the recipient of numerous awards and scholarships, including the Gilchrist Fisher Landscape Painting Award and the Villiers David Award. Mark’s paintings have been the subject of numerous solo and group exhibitions in Europe and America – notably with solo shows at the M. K. Ciurlionis National Museum of Art in Lithuania, the Hordaland International Art Gallery in Norway, and the Nordic Heritage Museum in Seattle, USA.

His work is represented in public and private collections, including the Government Art Collection of Great Britain and Microsoft collections. In December 2019 he participated in the Pouch Cove Foundation residency, an experience that he cites as changing the course of his life.

Mark now lives and works in Newfoundland, and has upcoming exhibitions in Germany and Norway. 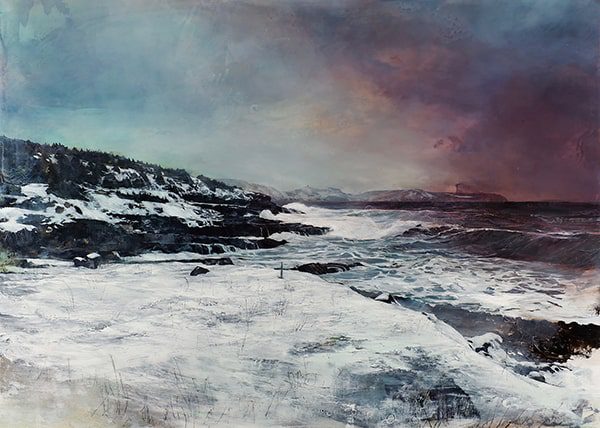 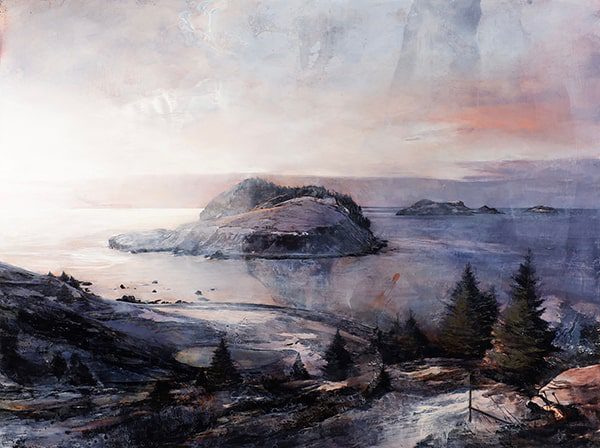 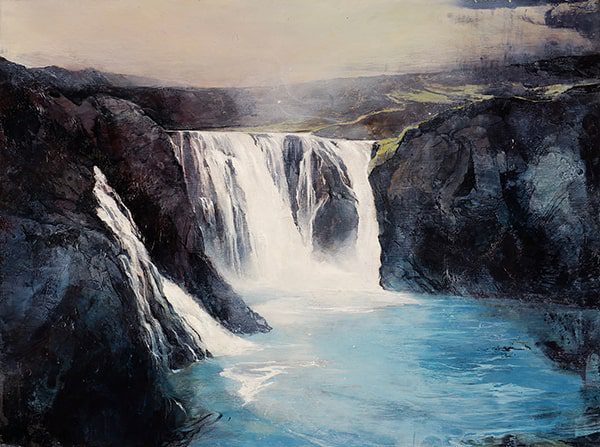 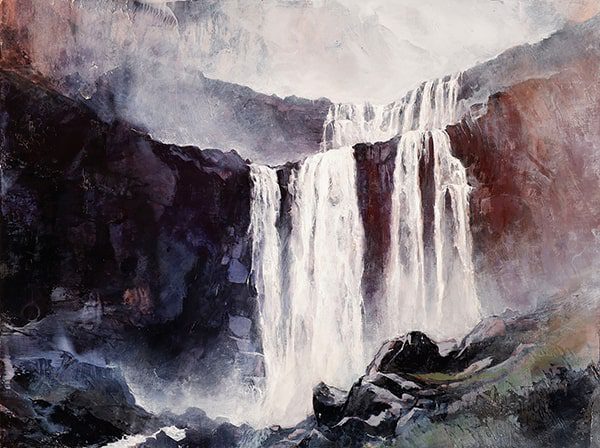 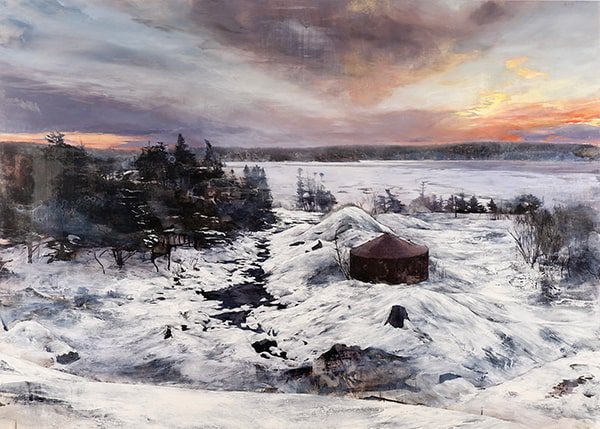 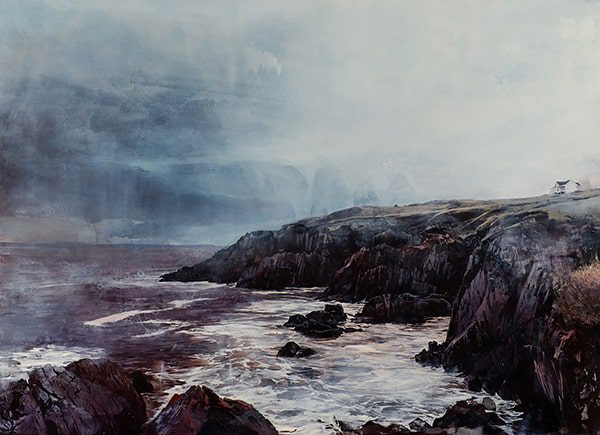